Watch this crocodile leap out of water and snap up a drone while an Australian Broadcasting Corporation was filming a documentary. pic.twitter.com/RTqclSe553 by Al Jazeera English (AJEnglish)
Sunday October 3rd, 2021 at 11:06 PM

Watch this crocodile leap out of water and snap up a drone while an Australian Broadcasting Corporation was filming a documentary. pic.twitter.com/RTqclSe553

Trump’s legal team got him acquitted, but clashed behind the scenes. by Maggie Haberman and Michael S. Schmidt
Thursday February 18th, 2021 at 1:15 PM 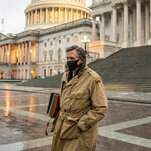 WebWrangler
reply
I was under the impression that he was acquitted in spite of his legal team, but ok...
South Puget Sound

1 Comment
Every year there is a major air pollution spike on the fourth of July, with small particles (PM2.5) surging during the evening.  To illustrate, here are the concentrations of small particles (PM2.5, sizes less than 2.5 microns) for June 15 to July 15th for 2018 and 2019.  Huge upticks of pollutions for late July 4th and early July 5th. 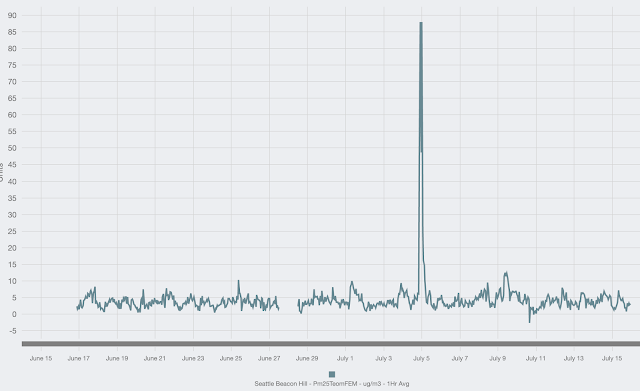 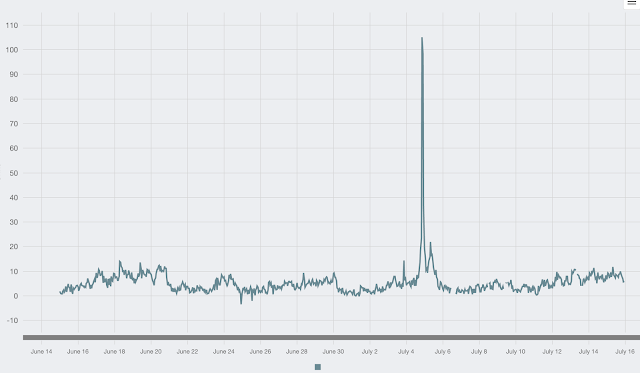 2018
These high levels of small particles are quite unhealthful, aggravating ailments such as asthma and heart disease.

There are, of course, two sources of the such fireworks pollution:  large community displays and personal fireworks.   The former typically use large shells propelled by large mortars, injecting more particles higher into the atmosphere.  Personal fireworks are more numerous and widespread, but the densest concentrations of pollutants are near the surface. 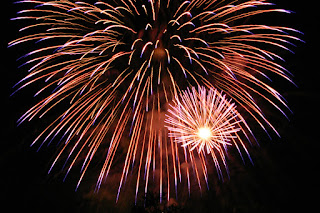 I have always wondered:  what are the relative contributions of the professional/community displays versus personal fireworks in terms of contributions to air pollution and the big spikes in particles (like shown below).   It was difficult to secure an answer because both happened at the same time.

But this year, a controlled experiment is going to take place on July 4th:  most community fireworks displayed were cancelled, while there are reports of "healthy" sales of personal fireworks.   Will there be a similar peak in pollutants?   Will air quality decline more because folks will go for big shows to provide distraction from all their current troubles?   We will know by next Sunday. 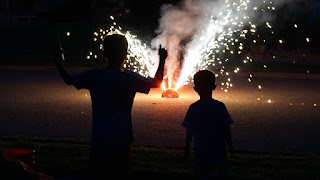 Today I opened a major Apple Manufacturing [sic] plant in Texas that will bring high paying jobs back to America. Today Nancy Pelosi closed Congress because she doesn’t care about American Workers! [sic]

This wasn’t a promotion for the Mac Pro or its assembly plant. It was a promotion for Trump. This video makes it look like Trump’s trade policies have been good for Apple and that Tim Cook supports Trump. Both of those things are false. Even Trump’s predictable claim that this is a new facility is false — Apple, in what at the time was a high-profile shift, has been manufacturing Mac Pros at the same facility since 2013. Apple isn’t bringing Mac Pro assembly back to the U.S. because of Trump’s trade policies; Apple is keeping Mac Pro production here solely because Trump granted Apple an exemption to his tariffs — tariffs that he himself clearly does not understand.

But Cook went into this knowing that this is how Trump would play it — a big pile of nonsensical horseshit all the way down.

This is how Apple chose to unveil the packaging for the Mac Pro — in a poorly-shot overexposed propaganda video by the White House, scored with bombastic music that sounds like it came from an SNL parody of a Michael Bay film. Think about how it feels to work on that team at Apple.

Jack Nicas, in an acerbic news analysis piece at The New York Times:

On Wednesday, Mr. Trump called Mr. Cook a “very special person” because of his ability to create jobs. He turned to Mr. Cook and said, “What would you say about our economy compared to everybody else?”

Mr. Cook replied, “I think we have the strongest economy in the world.”

The president then took questions on the impeachment inquiry and launched into a tirade against “the fake press.” Mr. Cook stood silently nearby.

A low moment in Apple history, and a sadly iconic moment for Tim Cook. I hope avoiding those tariffs is worth it.

I thought it was Tim Apple.
South Puget Sound CAPE CANAVERAL, Fla. (AP) — Boeing’s new space capsule for astronauts faces more launch delays. The Starliner capsule was supposed to make its debut this month, after a series of postponements. But the first test flight is now off until August. And the second test flight, with astronauts, won’t occur until late in the year. […]
Read the whole story

WebWrangler
reply
Wonder if that will come with all the available safety features, or if those will be made available only for an extra charge.
South Puget Sound

1 Comment
A man who went by the name John Galton and his girlfriend were on the run from drug charges in the United States, they had said. WebWrangler
reply
Someone sadly stumbles upon one of the drawbacks of anarchy.
South Puget Sound